How To Get Mould Off A Washing Machine’s Rubber Seal

Washing Check is supported by our audience. When you click our links and make a purchase we may earn an affiliate commission - read more 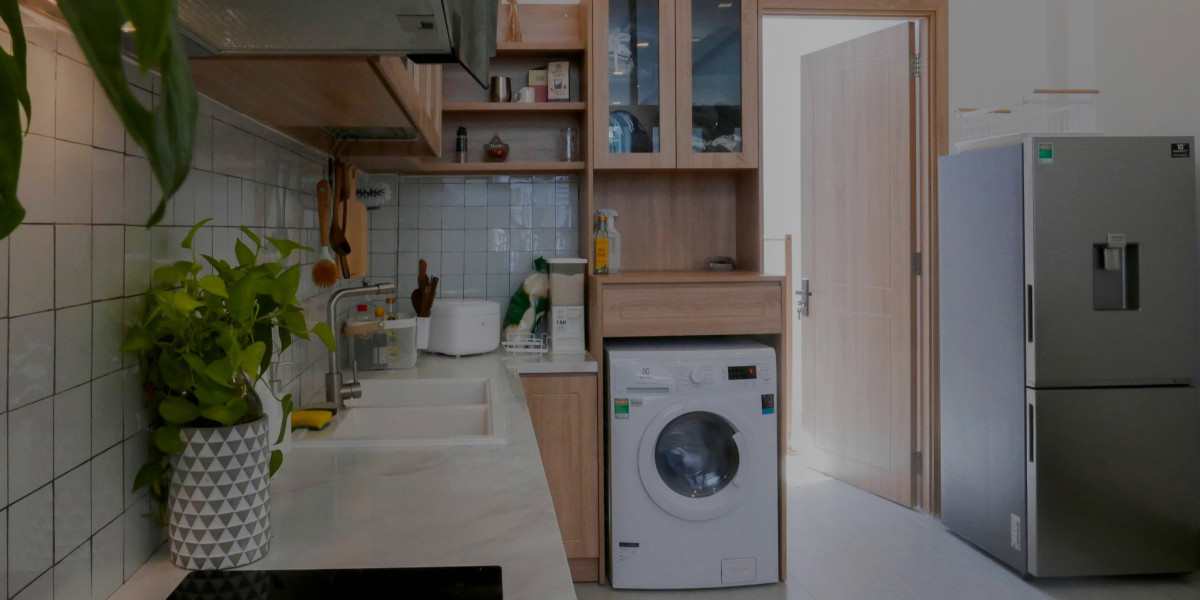 No matter the brand of your washing machine, mould is a common issue many homeowners will come up against at some point.

If you fail to clean your washing machine regularly, you would be giving mildew and mould the chance to flourish. Similarly, if you use your device incorrectly and inadequately, mould will unfortunately become a nasty problem.

Continue reading for more information on these common questions and some top tips to eradicate the problem, as this article explains how to get rid of mould in a washer’s rubber seal.

Reasons why mould thrives in your washing machine

There are several reasons why mould would be very comfortable to grow on your washing machine, and we’ll be looking into that shortly.

Even though this electronic device keeps your clothes clean, an invasive parasite can affect the machine so badly that it could start malfunctioning. Mould is the culprit.

The general public may find it hard to understand why a regularly used device with hot water and detergent would attract mould, despite being designed for cleaning. However, washing machines and even dishwashers can be a perfect breeding ground for mould spores.

So, let’s take a closer look at some of the ways in which mould can breed:

The truth is that mould thrives in spore habitats, and a washing machine is a prime example of such a location. Sadly, even though your machine cleans and neatly washes clothes, it also produces spores.

This boosts the action of detergent, which accumulates over time. Mould would migrate to it and multiply slowly but steadily once it had grown to a habitable size.

The next thing to keep in mind is that mould prefers moist and warm environments. Washing machines use warm water to clean clothes, so these conditions are perfect for mould to grow if the machine is not taken care of.

It’s easy for mould and mildew to flourish in this type of environment.

A dishwasher, for example, is another household device that suffers the same fate – since these appliances endure the same environmental conditions (warm and wet), mildew forms if the owner does not provide proper care and maintenance.

When you don’t clean your washing machine regularly, especially after every wash, you’d be giving room for germs and mould to grow.

Some manufacturers suggest that you do some heavy-duty cleaning of your washing machine monthly, especially if you always wash filthy clothes in it. This includes checking the rubber seals for any sign of grime, leftover fabric threads, or clumps of tissue stuck on the sides.

All these things encourage mould to grow on the washing machine rubber seal.

Locating mould in your washing machine

It’s nearly impossible to deal with mould effectively if you don’t know where to look. Mould can appear anywhere on a machine.

You can find these tiny parasites in the rubber seal of a washing machine. This is because detergent and water create spores in the seal. This is often the first place to check for mould growth.

Naturally, the washing machine rubber seal must keep water out. As a result, when moisture cannot escape, it accumulates and forms spores, providing a home for mould.

Mould also feeds on moisture in the washing machine and remnants of the cleaning agents used to wash clothes.

What mould presence can mean for your health

Moulds are dangerous parasites that pose a risk to human health. Sadly, they are often overlooked. They can cause illnesses ranging from mild itching to severe lung infection.

In some cases, it can become fatal, therefore it is important to protect your health from mould infections. Experts believe that the effects of mould vary depending on the class to which it belongs.

Here’s what you need to know about mould and its potential to harm human health:

Eliminating mould from your washing machine

Given the unfavourable health conditions caused by mould, it is necessary to learn how to get rid of these parasites.

You can get several mould killers at the store. However, you can make your own DIY mould killer with the ingredients below, along with why they make great cleaning agents.

All over the world, water is a widely used solvent. It is an effective cleaning agent with the zeal and compatibility to react with a wide range of abrasive materials.

It is possible to remove mould from the washing machine using it effectively.

Even though it is not a disinfectant, lemon juice is an effective cleaning agent. Because this juice is antibacterial, it is excellent for cleaning surfaces. In addition to being antiseptic, it is also capable of killing parasites carrying diseases.

Furthermore, it has an immediate companion in white vinegar, and the two have comparable chemical cleaning properties. Despite being considered a type of natural bleach, neither of them are a substitute for bleach.

White vinegar is well-known for its high acidity levels. This vinegar is mainly composed of acetic acid, which explains its high pH value.

We don’t recommend using this vinegar alone to remove mould from the washing machine, but rather combine it with other cleaning agents to get maximum results.

Hydrogen peroxide is a well-known cleaning agent around the world. In addition to being used in hospitals and medical facilities, this hydrogen product is also used to clean kitchen and household equipment.

The oxidizing agent is a powerful cleaning substance capable of eliminating parasites from your surfaces.

The following section examines how, combined together, these cleaning agents can remove mould from a washing machine’s rubber seal.

How to effectively eliminate mould from your washing machine rubber seal

There should be about two cups of water and about half a cup of white vinegar (note that this vinegar should be distilled by a considerable volume of water to reduce its acidity).

The hydrogen peroxide needed should be the same as the white vinegar, and the lemon juice should be one-fourth of a cup.

Using these quantity estimates, you should create an effective mould killer. The mixture may be more effective than bleach alone; however, if the mixture fails to produce satisfactory results, this alternative should be considered.

Apply the mixture to the rubber seal area of the washing machine. Next, allow the mixed solution to settle for at least 15 minutes before scrubbing the affected areas.

Make sure that the mould effects are safely discharged through the machine’s drum and hoses to achieve good results.

A hot water cycle should be used during the cleaning process. Once activated, the solution becomes energized and moves into the spore’s region of the washing machine, where it works its magic.

Though this will kill the mould, other bacteria may be on the washer’s surface. As a result, you’ll need to clean the surface with the mixture and wipe it clean.

To ensure your safety when cleaning the washer, it is recommended to wear gloves to avoid any risk of infections or irritation caused by the mould. A nose mask should also be considered because it will keep you from inhaling the fumes produced by mould territory.

How to prevent mould in your washing machine

An adage goes, “Prevention is Better Than Cure.” This is correct, and it also applies to the washing machine. It is preferable to maintain and care for a washing machine rather than diagnose and repair it. An exception is if you have a warranty that lasts up to a year.

There are a few things to keep in mind when preventing mould growth, and they are as follows:

It is also important to note that using any detergent in a high efficiency washing machine can grow mould. High efficiency detergents designed to be eco-friendly and safe are the best cleaning products to use on a washer.

By doing so, you’ll be able to slow down mould’s growth rate in your washing machine.

Because moisture is the primary source of spores, eliminating it should be a priority. To accomplish this, leave the washing machine door open after each cycle to use as an escape route for the formed moisture.

You run the risk of causing mould to grow in your washing machine’s rubber seal if you don’t handle wet clothes properly. Leaving wet clothes in the washer after a cycle causes unpleasant odours and doing so for an extended period can result in the formation of spores, which will eventually lead to the growth of mould.

To avoid mould formation in your washing machine, it is recommended to remove all wet clothes as soon as the cycle has finished.

Mould feeds on the remnants of detergent. It also contributes to the formation of spores, so it is critical to remove them from the washer.

Using a cleaning agent to remove these residues after each wash, or once a week at most, can help prevent mould growth in your washing machine.

The accumulation of water causes humidity. As a result, it is important to ensure that you resolve all moisture issues with the washing machine first.

Leaks come from various factors ranging from frayed hoses to faulty water pumps. Therefore, you should inspect the washer regularly to detect any problems as soon as possible.

You will be able to prevent mould growth in your washing machine by doing so.

Mould growth is a common sight in most washing machines, but you can keep your washer free of these parasites with proper maintenance.

As we stated above, it’s easier for mould to form in moist, warm places. They also feed off spores from the dirty water after washing, and sometimes they generate when you don’t use your machine as often as you should.

With the tips we have outlined in this article, you should be able to get rid of any mould or bacteria that may be building up. You can even take preventative measures to keep your appliance in optimum condition.

Jimmy Pearce is our resident expert on domestic cleaning appliances. Having managed a large electrical retail store for over 10 years and with a family that includes 3 kids, there is little Jimmy doesn’t know or hasn’t seen when it comes to domestic cleaning. When he’s not spending time with the family or reviewing domestic appliances, Jimmy is often found in his man cave jamming on his bass guitar.

To ensure you never miss out on our latest washing hacks, tips or guides be sure to sign up to our newsletter...

Copyright 2022 Washing Check - All rights reserved. We are a participant in the Amazon Services LLC Associates Program, an affiliate advertising program designed to provide a means for us to earn fees by linking to Amazon.co.uk and affiliated sites. As an Amazon Associate we earn from qualifying purchases. Full Disclaimer